On Day 3 of our tour, we first went to a Ginseng Center where we learned about ginseng farming. Then they herded us into a closed room and ttried to sell us very expensive ginseng tea packages. After we went out of the room though, there were less expensive ginseng items for sale at the souvenir shop. Tourist trap!

We then went down a lower floor of the same building for a Kimchi Making session. All we did was actually slather the prepared Kimchi solution onto the cabbage, and roll it up. After that, we got to wear Korean Hanbok outfits for picture taking. As you can see, it did not look too good on me. Haha!

For lunch, we went to a Ginseng Chicken Soup Restaurant for lunch. Well, it is basically just arroz caldo, with the ginseng stuffed in the chicken with the rice. Did not live up to the hype of our tour guide at all.

In the afternoon, we were brought to an Amethyst factory for those who wanted to buy jewelry. Then to Myungdong for more shopping. This area of pedestrian streets all lined with various shops reminded me of Sensaibashi in Japan. I made some unplanned shopping there myself! We ate a good seafood buffet dinner at Under the Sea Restaurant in the same area.

We had to rush off to the Walker Hill Theater in the Sheraton Hotel for a grand Vegas-type variety show called "Gypsy Moon". Again, our group was seated up in the front seats. This show had singers, acrobats, a naughty magician, a mime, and showgirls (who actually went TOPLESS at a certain point).

Aside from that last one, the most amazing part of the show, though a bit off the gypsy theme, was the motorcycle stunt where up to four motorcycles were spinning around inside a metal globe. The globe even opened up at one point, showcasing the skills of the riders. Amazing! 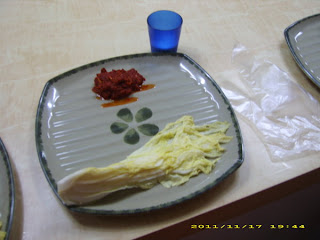 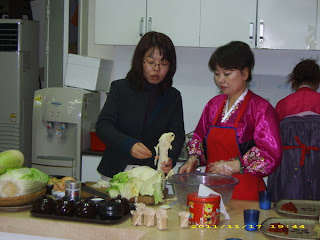 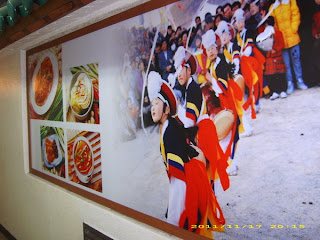 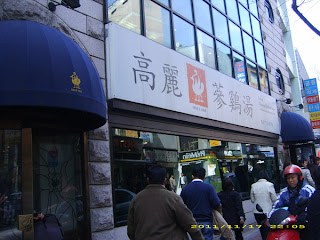 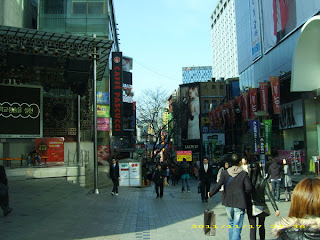 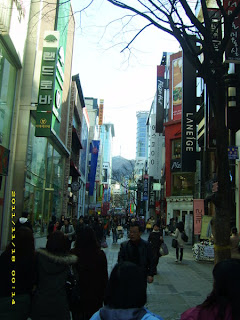 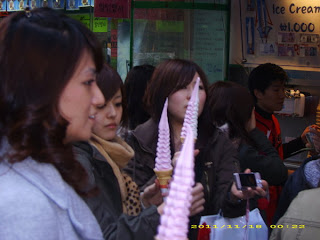 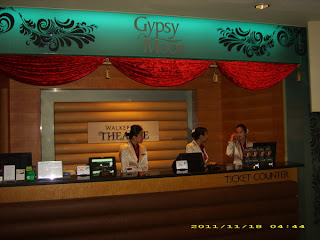 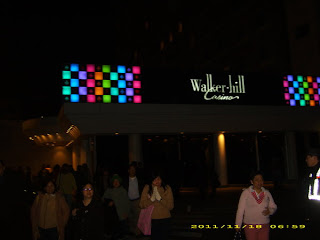 On the last day, we first went to Cheonggyecheon Stream in the downtown for some picture taking. This stream was part of the good feng shui of Seoul in the past, but was covered up eventually in time However, it has now been successfully restored again. After that, we were brought shopping at a Duty Free Shop.

Lunch was again a delicious international buffet at the Skyonn Restaurant. Afterwards, we were brought to the Stadium where the 2002 Korea-Japan hosted Soccer World Cup was held. (We also saw the 1988 Olympic Stadium along the road on the first day, but there was no photo op there.) Finally we were again brought to a Korean supermarket for still more shopping before we were brought to the airport. Of course, the shopping continued inside the airport. Haha! 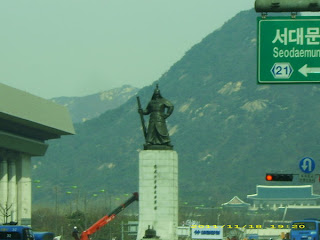 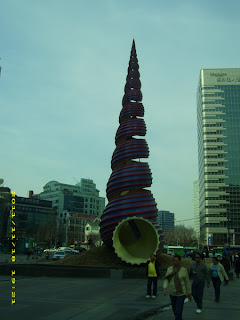 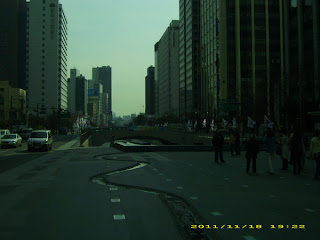 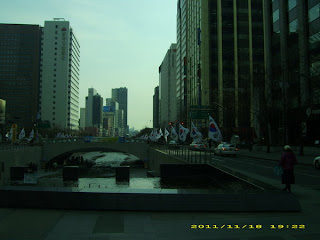 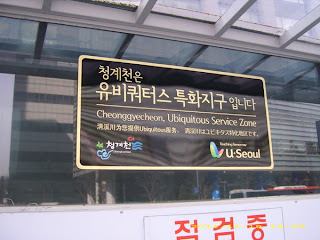 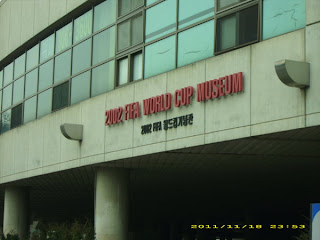 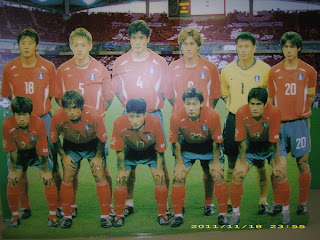 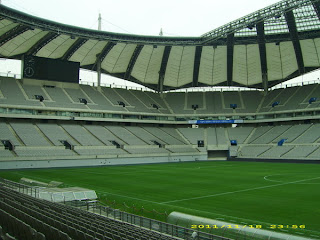 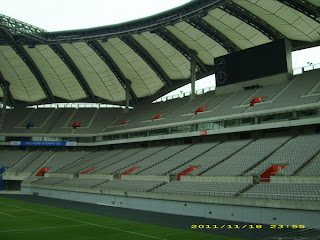 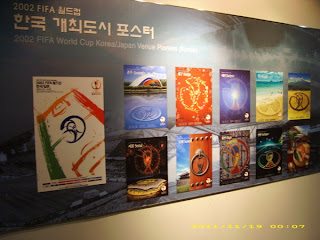 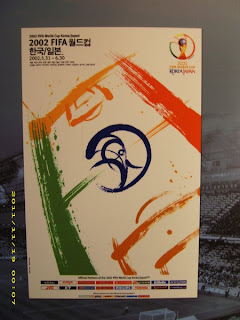 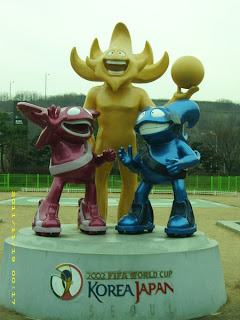 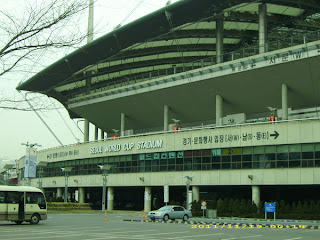