Even if our hotel, the Imperial Hotel, was in Osaka, we only got to tour Osaka itself on our last day.

First stop that day was the Osaka Castle. The exterior was very imposing. Too bad we did not have time to go inside to explore. The park complex around the castle also included a Shinto shrine with a statue of Hideyoshi. According to the guide, this picturesque area is a site where Japanese weddings were held.

We had an authentic Japanese lunch at a restaurant where we really had to sit on the floor lined with tatami mats. Typical very light Japanese menu served. Great but not too filling for me.

After lunch, the group split to the group who wanted to visit the Shinto shrine, and the one who wanted to go electronics shopping. I went with the Shrine group. I liked the wide open spaces, as well as the distinct culture, in that Sumoyoshi shrine area.

Lastly we were brought to the Sensaibashi shopping street. This was a very long covered walkway lined with shops. It was very exhausting to walk through. We did not even get to walk the whole length. Very exhilarating experience to walk among all the Japanese people in their very fashionable winter get-ups in their typical rapid pace.

One of the stores I visited was the Apple store where I was able to try out the new Mac Book Air. Very beautiful indeed, but still very expensive at Y240,000!

We had dinner at a Japanese buffet in the basement of the Nikko Hotel in that same area. 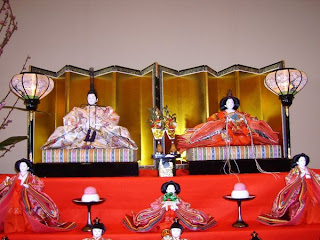 Japanese Dolls
This display in the lobby of the Imperial Hotel was dedicated for Girls' Day on the first week of March. 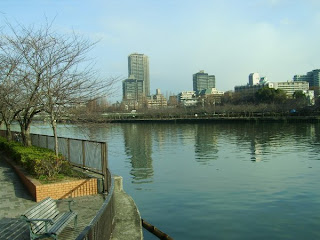 River scene 1
At the back of Imperial Hotel 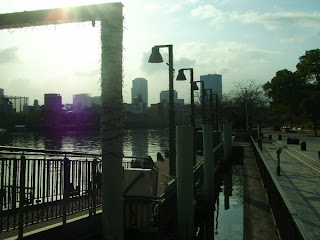 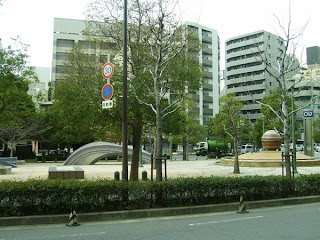 Plaza in front of hotel. 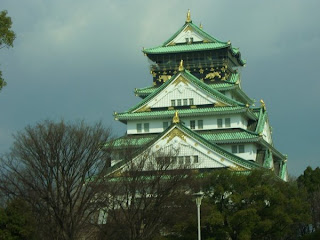 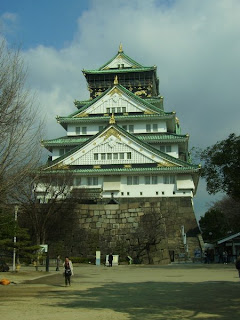 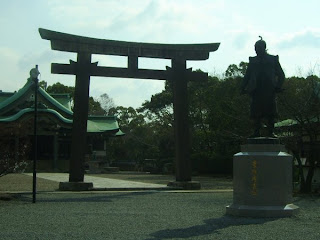 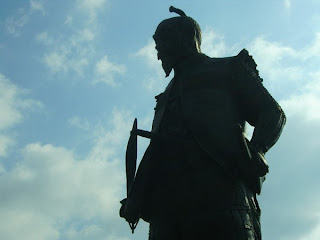 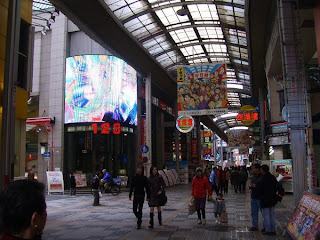 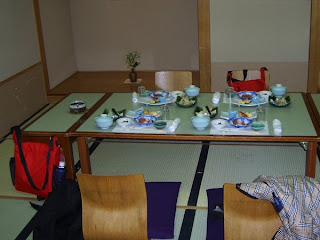 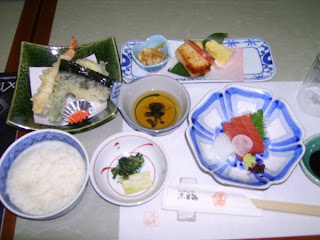 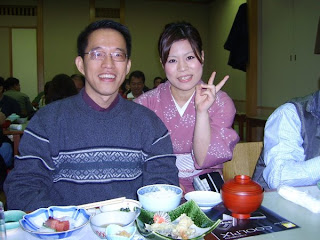 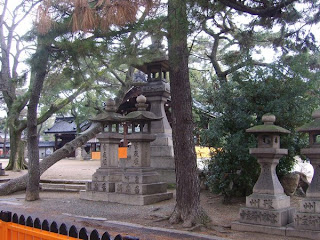 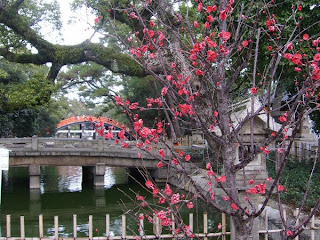 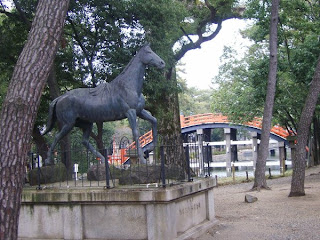 Sumosyohi scene 1
Bridge at the back which they cross to signify the crossing from hell to heaven. 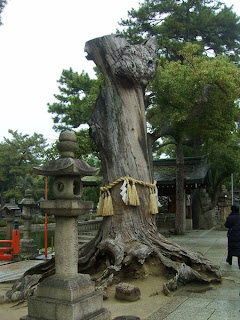 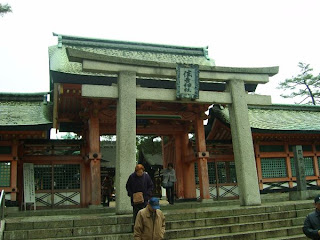 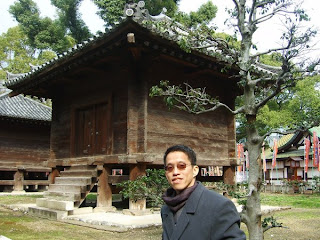 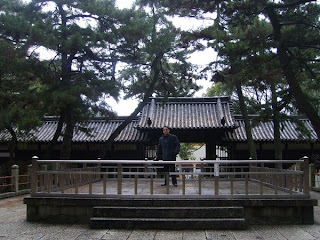 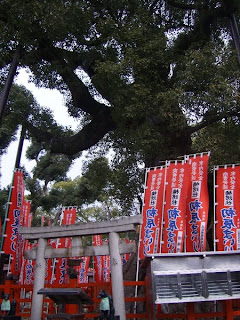 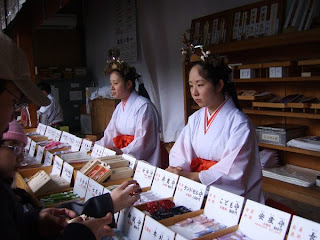 Souvenir salesgirls
in Shinto garb. Their headgear were supposed to be like antennae, so they can be attuned to messages from the gods. 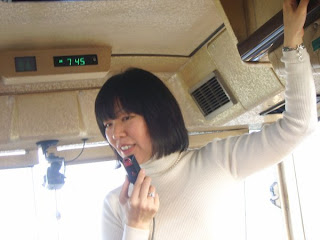