This second day of the tour was a rather cold and dreary day. The sun was not out. Kyoto was about two hours away from Osaka. Our tour guide Masako got to talk a lot about the interesting Japanese history. The unique dual systems of the Emperors and the Shoguns was particularly of interest.

Our first stop was the Kinkakuji Temple. This was where we actually saw patches of snow on the the landscape. The highlight of course was the golden temple structure, built on the water. The classic photographs always show it with a perfect reflection on the pool around it. Beautiful.

As is typical of tours, we were brought to a Japanese handicrafts center. They sold different crafts per floor! The realistic Samurai gear, including swords were on the first floor. But the less expensive souvenirs were found on the second floor. This was where I got the kimonos for my kids. It was also in this place that we ate our "international buffet" lunch.

Next we went to Kiyomizu-Dera, a Buddhist temple on the mountains. It was a huge temple whose base was an impressive structure of interlocking timber, no nails were used. It was already actually raining when we got there. The climb up was not easy. We were able to see some girls in Japanese kimonos. (Although there was also this striking girl in a white mini-skirt, but that's another matter...)

After this, we were brought to the Gion entertainment district. This was supposed to have been a pleasant walking tour, however the rain was really pouring already at this point. We were only able to see one Maiko (or Geisha in training) on the street. She was walking so fast in the rain, I almost did not reach her in time before she entered her "establishment." We had a great shabu-shabu meal to cap off this night.

It was really too bad it had to be so rainy on the day we went to historic Kyoto. 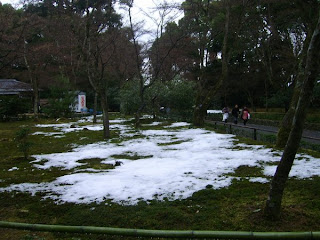 Snow on the ground 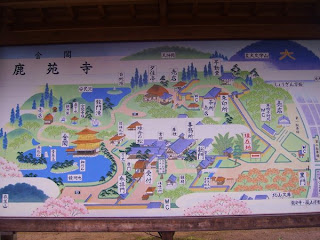 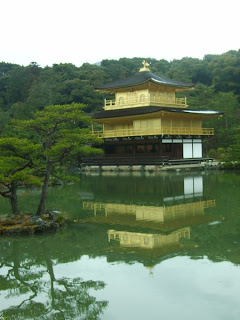 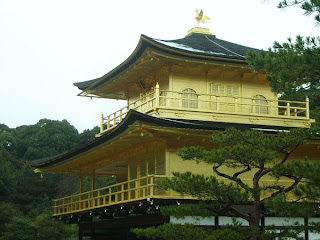 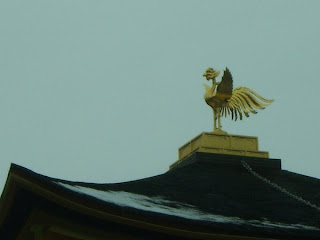 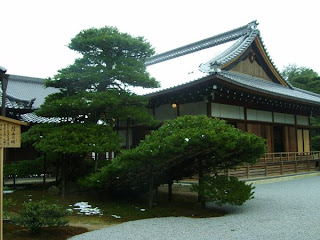 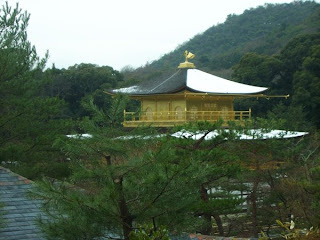 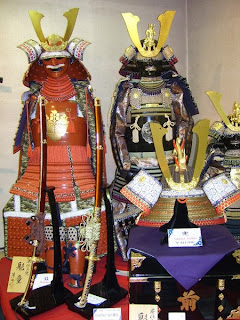 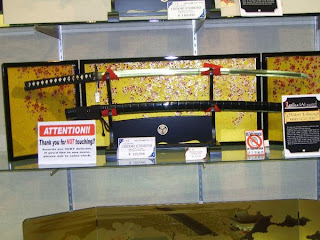 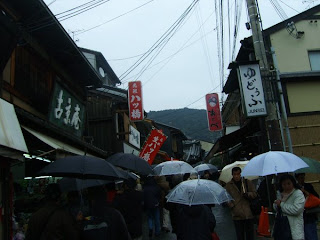 Rainy walk to the temple 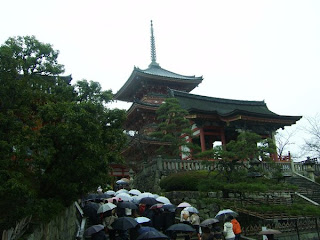 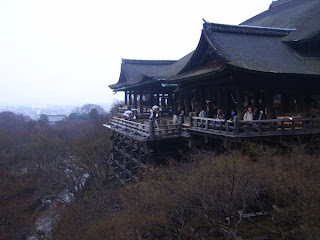 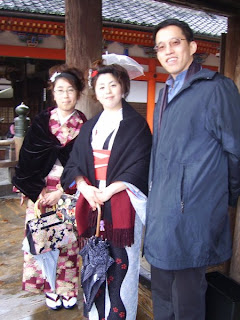 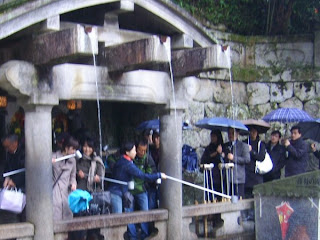 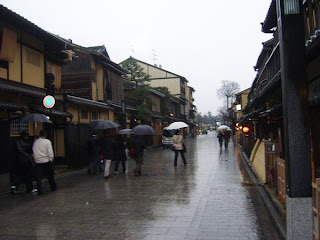 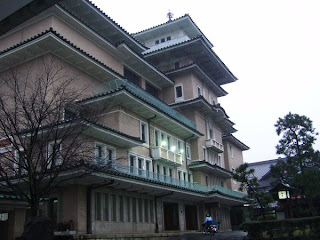 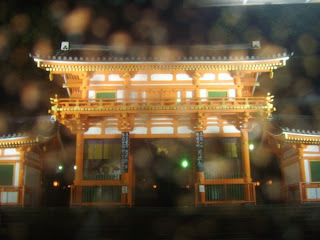 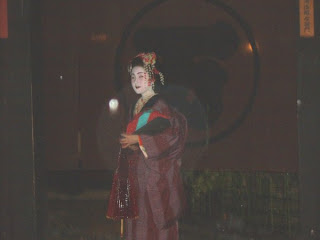 Maiko
So lucky I was able to catch her in time when she was closing her umbrella before entering her "house". Too bad the lighting is not too good. 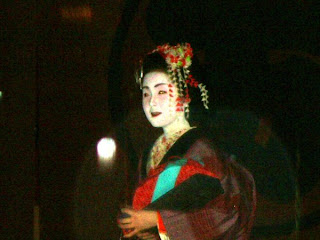