On the second day of our Subic vacation, we decided to visit Zoobic, which fortunately is also near Camayan Beach Resort where we were booked.

We were there shortly after 8am that Monday morning, and I was surprised to see people there even before us. I had another surprise at the ticket booth when I found out that "Children" meant below 4ft tall, and not the age. So only Hyker had the children rate of P349. The rest of us had to pay P449 each.

Our guide's name was Rhoda. She first took us on a guided walk through the petting zoo, the rodents, the reptiles. There were animals which I actually saw for the first time (including zoos I have visited abroad). These were the Ferret and the Alpaca. Very cute animals, these two.

After the walking tour, we were given the choice to drive our own car or ride the "train" to the next destination. As much as I would like to save by driving our car, the kids wanted to ride the "train", so we paid another P50 each person. In the long run, I thought this was worth it since we got to ride with the guide, and hear her commentary.

The next stop on the tour is their main highlight, the Tiger Safari. In this, we ride a jeepney with where we were encaged, while the tigers roam freely outside. We were encouraged to buy a whole dressed chicken in order to bait the tiger to come nearer the jeep. We pitched in with the other families to come up with the P200 for the chicken. And it was worth it, as there was one tiger who came near, ate the chicken off the hand of the guy holding it. This tiger named Vladimir was not content with that. He jumped on the roof of our jeep and rode it for a while, adding to our thrill.

After that, we were taken to another tiger enclosure where they were in cages. Then we were brought to an area they call the Savannah where there were ostriches. Nothing much. And the ostriches were all molting feathers, and did not look too good. The next stop was the Animal Muzooeum, where they had stuffed animals. We then saw some Aetas dancing. And finally, there was the Croco Loco, featuring several immobile crocs under the very see-through floor you are walking on.

Too bad we had to rush back to the hotel to have some beach time before our 12nn check out. We were not able take a picture with the tame baby tiger. All five of us would have been P500. It was a very interesting three hours. 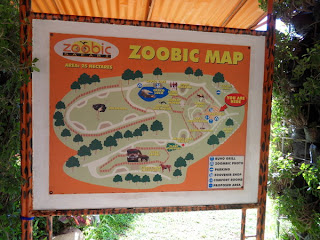 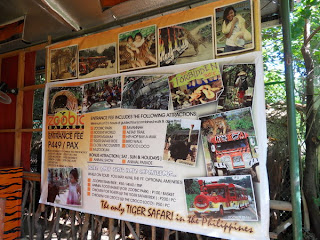 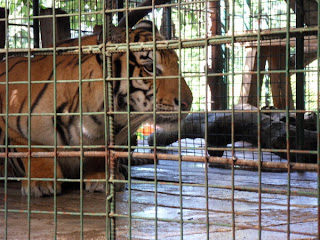 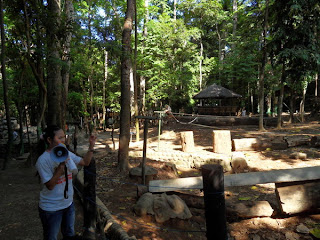 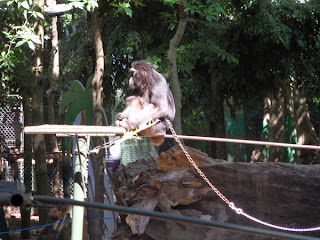 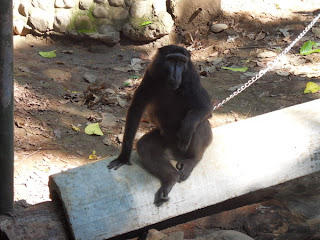 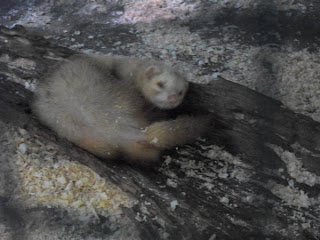 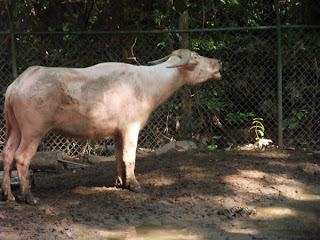 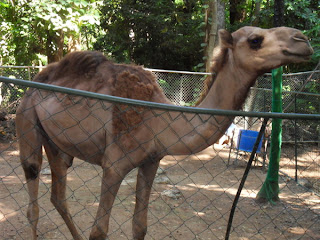 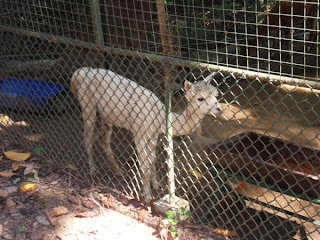 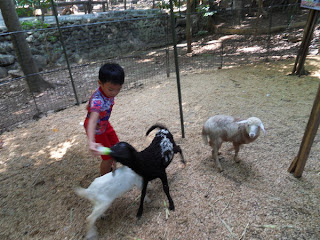 Feeding the Kids with a milk bottle
Each small baby bottle of milk costs P30 each. 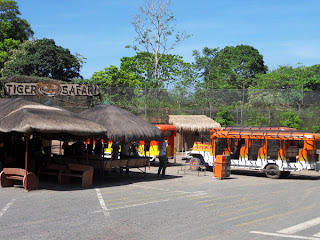 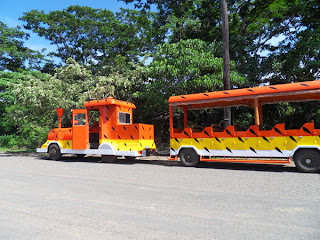 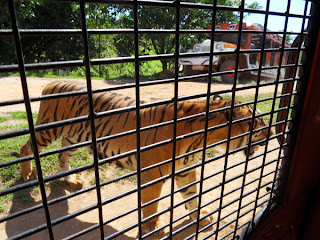 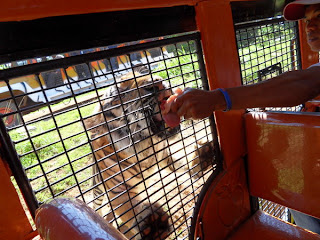 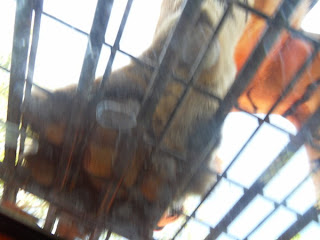 Tiger's Paw on the Roof 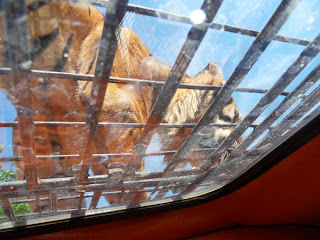 Tiger on our Train's Roof 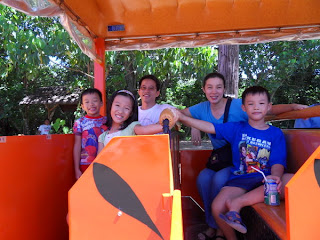 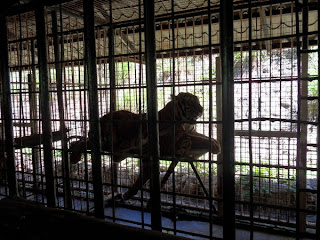 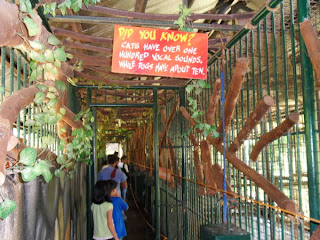 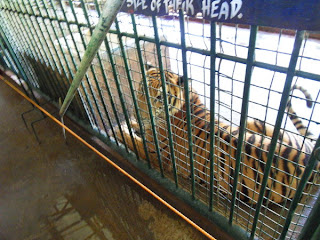 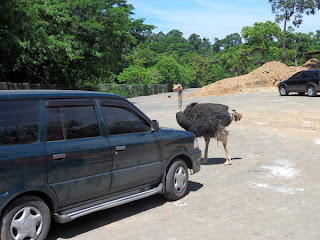 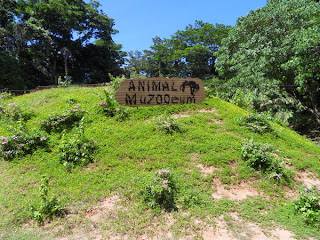 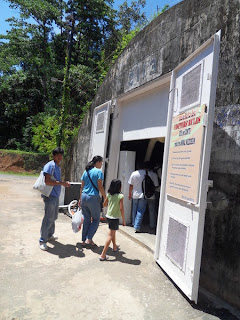 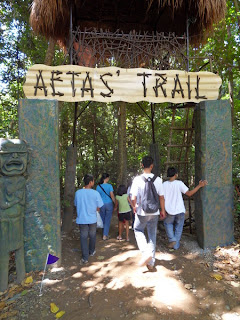 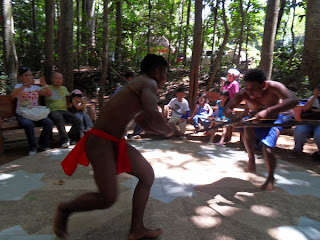 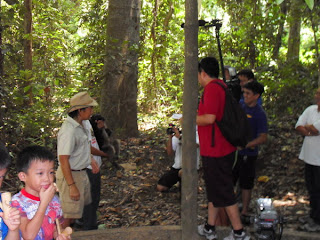 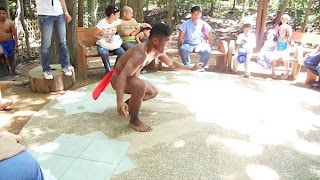 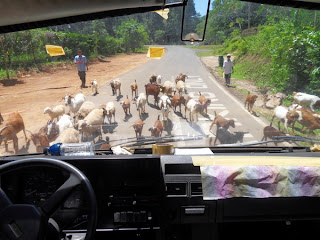 Herd of Goats Block the Road