One Sunday in Pampanga 2008


April 20, 2008: Family outing in various towns of Pampanga, with Irene and Baby Elyse in their first time going North.

First stop: Mexico, Pampanga to check out Lakeshore. We thought it was a resort, but alas it is a residential subdivision still in the process of development. Since we were there, we looked at a model house. Not interested though.

Second stop: Clark Field. Just drove around. Saw SM Clark for the first time. However, when we saw this display of old airplanes near the Diosdado Macapagal International Airport, my son Haydn and I had to walk around and check out the planes and helicopters. The other kids were all asleep in the car. There was also a playground and a library there.

En route home, the kids begged to see the dinosaurs statues on display at the gas station complex near the San Fernando, Pampanga exit. To our surprise, being a Sunday, it costs P150 per kid to enter that place! We just contented ourselves with looking at the saurs outside. (On weekdays, it would be a more reasonable P50 per kid.) 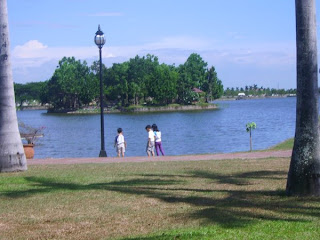 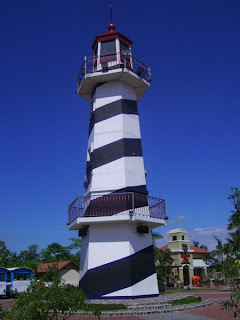 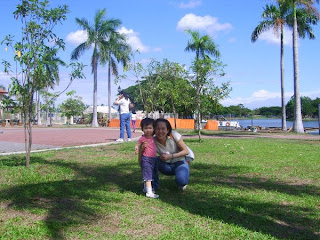 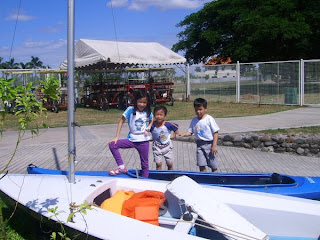 Boats on the shore 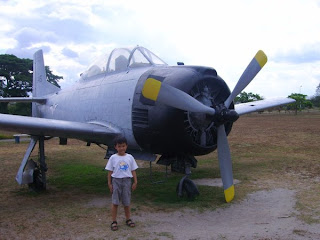 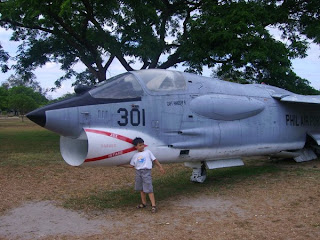 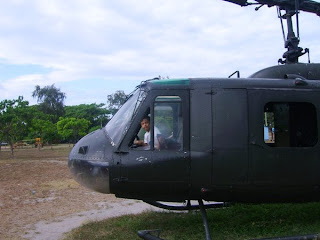 In an old army helicopter 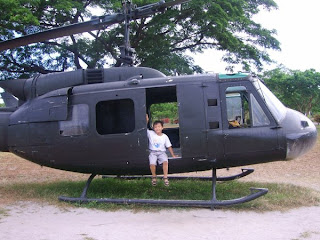 On an old army helicopter 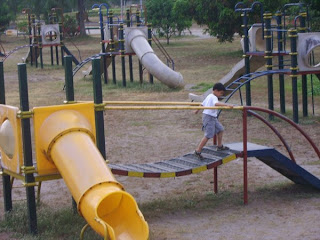 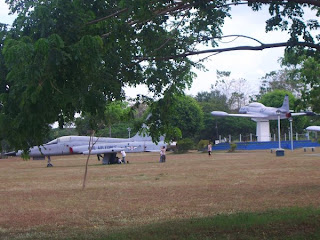 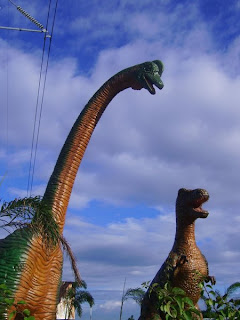