We did our family Visita Iglesia 2015 in Bulacan (MY ARTICLE). However, there were so many more historical churches in that province that we can do a part two and visit churches we missed the first time.

The Obando Church, founded in 1754, is famous because of the 3-day Obando fertility dance performed by devotees during the month of May starting from the church before going into the streets. These rites were held in honor of St. Pascual Baylon (for whom the church is named), St. Claire of Assisi ("Santa Clara pinong pino" of the folk song) and Our Lady of Salambao (this church is also the Diocesan Shrine of Our Lady of the Immaculate Concepcion of Salambao). 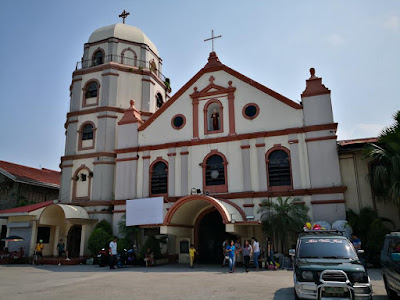 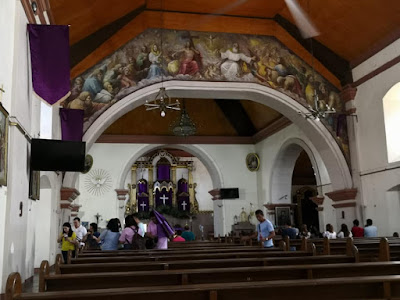 This church was completed in 1632, after the town of Polo gained its independence from Catanghalan, Bulacan in 1623. The belfry and entrance are the only original parts of the four-century old edifice that remain today after most of the main building was heavily damaged in World War 2. Formerly an independent municipality from 1623 - 1963, Polo is now a barangay of Valenzuela City, which is part of Metro Manila. 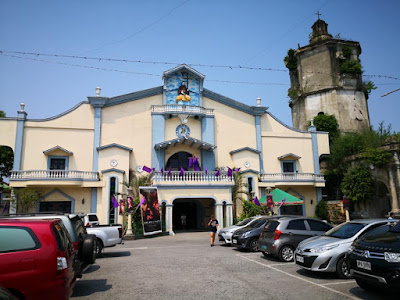 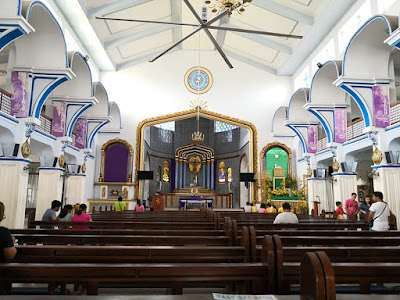 The present church was finished in the year 1868, but was severely damaged by fire during the Philippine revolution in 1898. In 1961 it was transferred to the Diocese of Malolos from the Archdiocese of Manila, whose secular priests handled the church since the Philippine American war. Today, this church had all the saints on their carrozas, bedecked in their colorful new finery and flowers, in the vestibule of the church awaiting the big procession of the Santo Entierro tomorrow night. 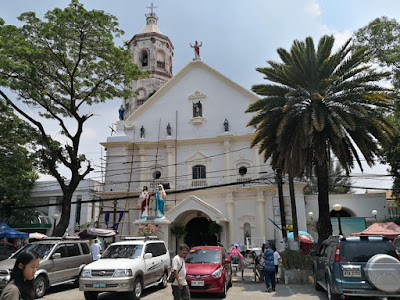 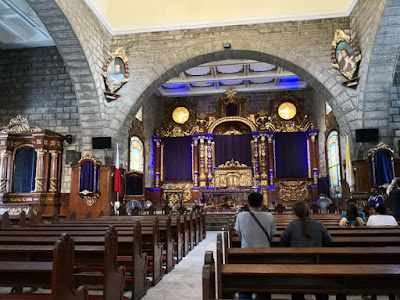 4. OUR LADY OF THE ASSUMPTION CHURCH - BULAKAN

The first church was established by the Augustinian Fathers in 1575, but this was destroyed by fire in 1762. This present Neo-Byzantine-Romanesque stone church was re-started in 1812, and had since survived plenty of calamities. Historically, this church was where General Gregorio Del Pilar secretly distributed the pamphlets made by his propagandist uncle, Marcelo H. Del Pilar. 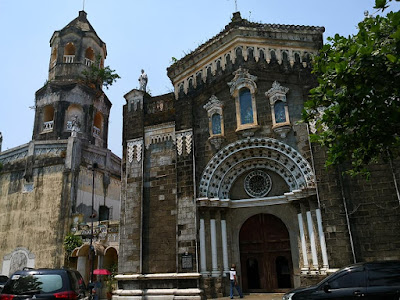 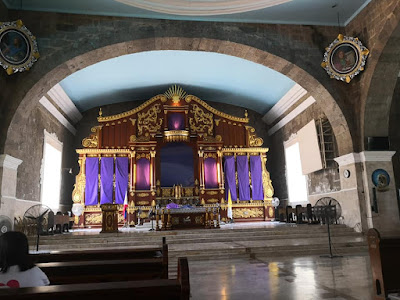 In 1859, Barasoain became a separate town from Malolos with Our Lady of Mt. Carmel as its patroness. Fr. Francisco Arriola, was appointed first parish priest on June 1, 1859, built the convent. During the Spanish–American War, the Philippine Revolutionary Government under the leadership of Emilio Aguinaldo decided to move the capital north from Cavite to Malolos in Bulacan. Barasoain Church was chosen to be the site of the First Philippine Congress who was responsible for drafting Malolos Constitution in 1898. However in 1903, the town of Barasoain was abolished and was re-annexed within Malolos. in 1973, Pres. Marcos declared Barasoain Church as a National Shrine. Of the churches we visited today, this was most crowded, both in the church, and in the parking lot. 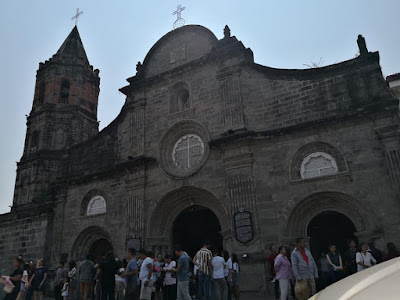 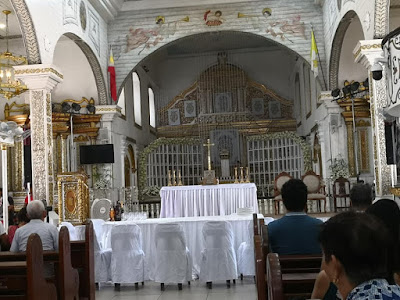 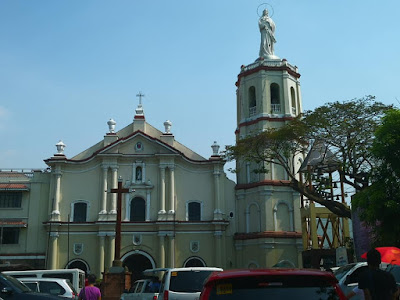 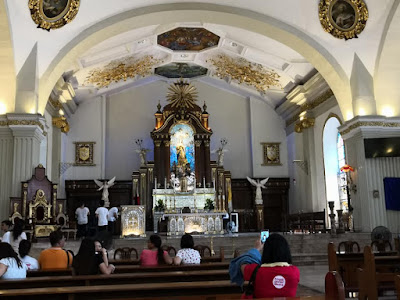 Calumpit is recognized as the first site of the evangelization by the Augustinian Order in Northern Luzon, covering Bulacan and parts of Pampanga. This church was completed in the middle of the 17th-century, making it the oldest church in Bulacan. It had fancy floral motifs and scrolls adorning its façade. Recently in 2015, this church gained social media notoriety when its parish priest had the parts of the facade and bell tower painted bright pink and white, causing netizens to call it a "giant cake". Thankfully, church officials seemed to have heeded the criticism as it does not look like a cake now. 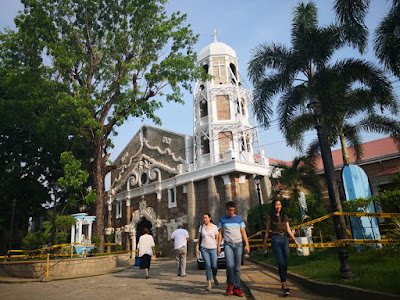 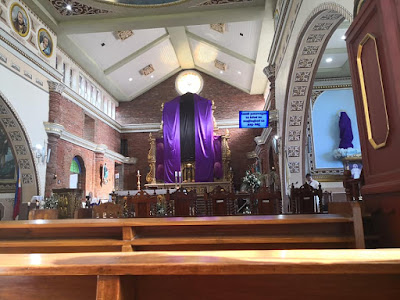