Yesterday, we went on our yearly family Visita Iglesia in observance of Maundy Thursday. In previous years, we visited churches in Metro Manila. Last year, we went around Caloocan City and Malabon. In 2015, we visited churches in Bulacan province (LINK). This year, I decided to take the family to visit churches in relatively nearby Rizal province. Despite being familiar with their names, I believe this is the first time I am actually to be in these towns.

1. OUR LADY OF LIGHT PARISH - CAINTA


The stone church of Cainta was first built in 1707 and completed in 1716. In 1727, Our Lady of Light was chosen as its new patroness. The church was burned down during the Filipino-American war. It was left in ruins for more than 60 years until it was rebuilt in 1966 with its original facade. When you enter the churchyard from the main road, you only see the side entrance near the altar. You have to go into the church and go out the front door in order to see its beautiful stone facade. 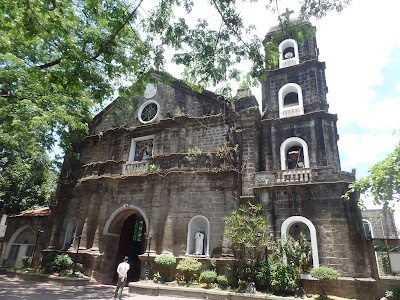 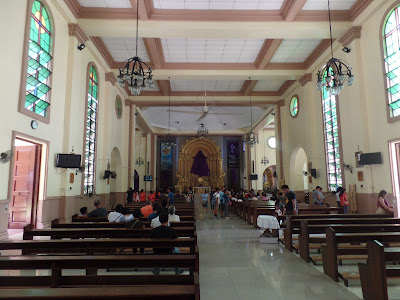 Built from 1599 to 1601, the original church at this site was considered to be the first church built by the Jesuits out of stone outside Manila. That old church was damaged by typhoons, fire and the Philippine-American War, but was rebuilt and expanded after each disaster. It is interesting to note that St. Pedro Calungsod served as an altar boy in Taytay in 1666, serving as assistant to Blessed Fr. Diego Luis San Vitores, who was also martyred with Calungsod in the Marianas in 1672. 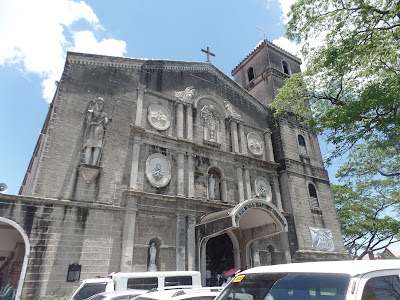 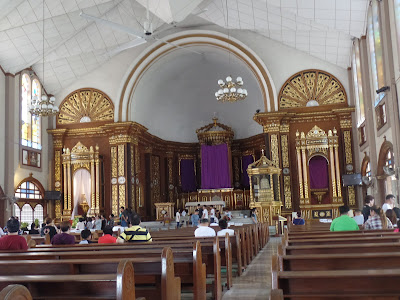 This church had humble beginnings as a chapel of a hacienda in 1751. In 1784, a big copper church bell was brought to Angono by the Hacendero Josep Blanco Bermudez. That bell is still in use at the belfry of the present church in Angono. The building of this present church began in 1877 and completed in 1930. 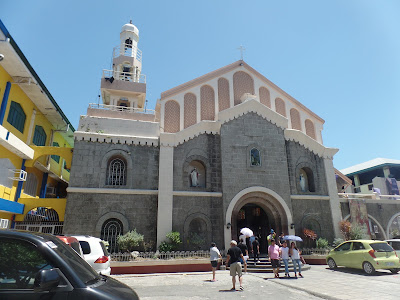 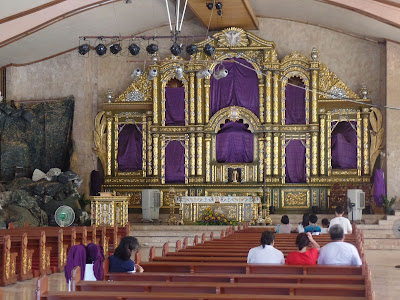 Google Maps seemed to be confused about the location of this church within the narrow streets of this town. It gave us wrong directions so we just followed the other cars going to the church. It was located near the busy marketplace area, but there were officials manning the traffic into and out of the churchyard. This church building with its elegant stone facade was first built from 1792–1800. 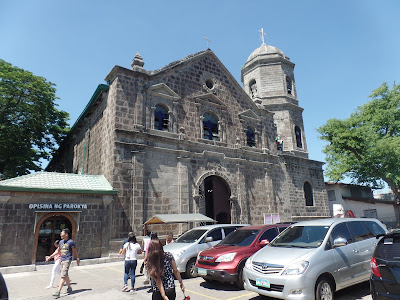 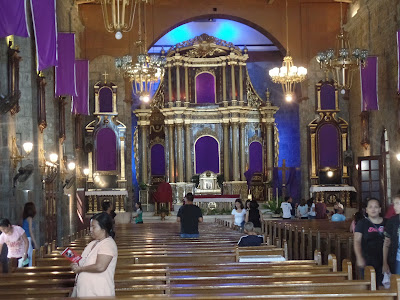 This was a small church along the main road. It had no churchyard it seemed, so people were just parking along the road, but local officials there were efficiently assisting pilgrims. This church was being totally renovated during this visit, both outside and inside. A point of interest is the park across the street dedicated to the heroes of various wars. 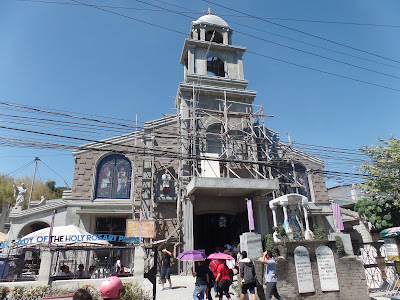 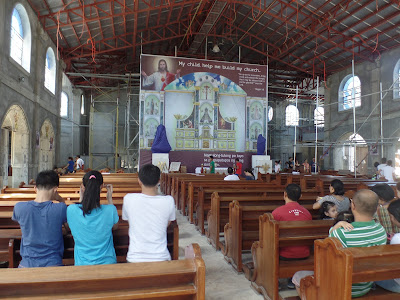 There seemed to be only one entrance and exit into the churchyard which was up on a hill so traffic was backed up. I decided to just park along the street and we just walked up. The church frontispiece and belfry (built by Bartolome Palatino of Paete between 1850 and 1853) was absolutely imposing and intricately detailed. 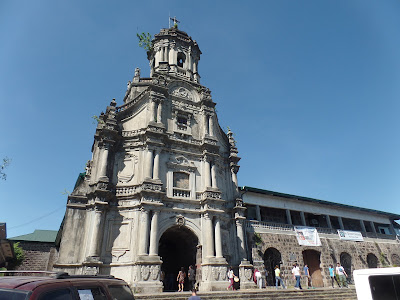 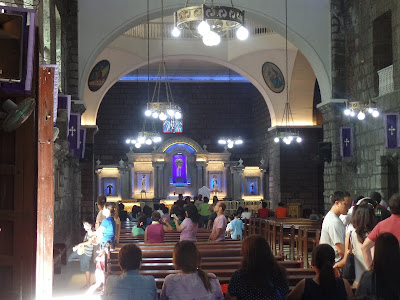 We were supposed to visit St. Joseph Parish Church in Baras town next, but we could not find the turn and totally missed it. So we decided to go further on along the road to the next town, Tanay. The traffic around the church was very well organized by the community. No parking within the church grounds, but there was enough parking in the streets around it. This magnificent old church was completed in 1783. The altar backdrop was the grandest among the churches we saw today, all in gold trim with three tiers of saintly statues on it. 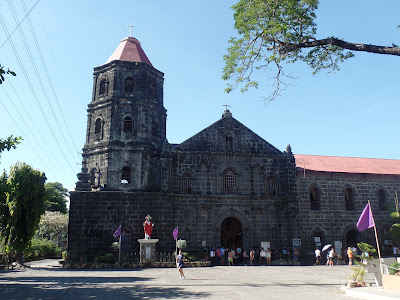 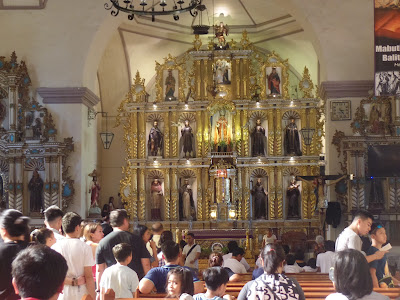 On the way back to Manila, we drove through the zigzags of Antipolo and wanted to pass by the Antipolo Cathedral for a visit. However, the vehicular traffic in the area is already very heavy, with people parking in streets quite a distance away from the church. On our way back to the city along Ortigas Ave. that afternoon, we were already encountering the devotees who were doing their yearly trek up to Antipolo on foot.