My Trip to NORWAY: Day in OSLO 1: Holmenkollen, Frogner Park

Upon arrival in the airport of Oslo, Norway, it is very refreshing to see a lot of glass and wood paneling in their interior design. This is a recurring motif I would note in several of their newer buildings in the next few days that I was there. 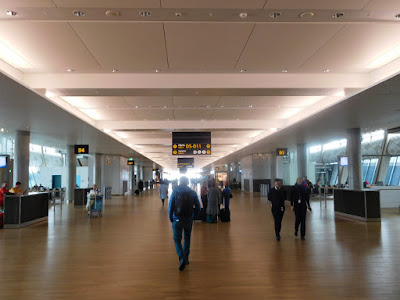 Our tour guide is a guy named Luka (a middle-aged American man with no Norwegian blood), and he can really hold our attention with his commanding voice and interesting stories about this country we will be visiting. Norway is the second richest country in the world, with the money mostly came from their oil industry. He said Norwegians do not work and they actually get by with government pension.

Norway is very proud to be a lover of its environment. Water is very clean and you can drink off any faucet. They are eventually going to do away with cars using diesel and gasoline. According to our guide, Norway is a very peaceful country with only 10 cases of murder since after World War II (although he did clarify on Day 4 that this statistic did not include the Utoya tragedy).

When we first alit from the bus in Oslo city proper, it was really very cold. It was a bitter kind of cold that gave me chills, and this was despite our coats. It gave us an idea of how to layer up more to keep warm in the next few days. 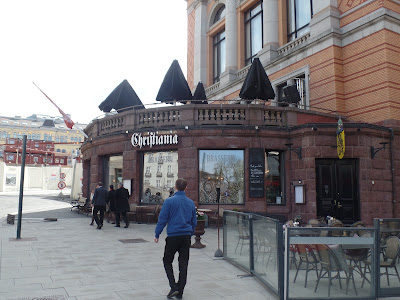 The first restaurant we ate in was called Christiana, named after the old name of Oslo.  The interior of this restaurant had Old World elegance, but it also contained a lot of unusual knickknacks on its walls. This was also a motif that we will see repeated in many restaurants we would visit next. The soup was a tasty salmon chowder and main course was a very tender duck entree -- an excellent introduction to Norwegian cuisine.

After lunch, Luka took us for a drive up to the highest point in the city called Holmenkollen where you can see the whole city in an overview. One of the remarkable sights there was the Holmenkollbakken ski jump, the site of multiple skiing competitions (including one Winter Olympics in 1952) since it began operations in 1892, continually being rebuilt and improved over the years. We saw a guest doing a zipline there, which looked really exciting. 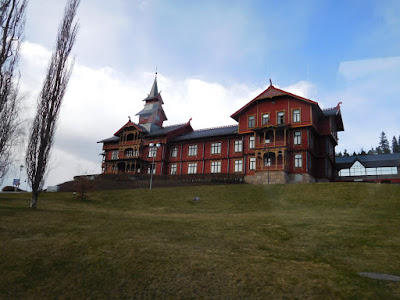 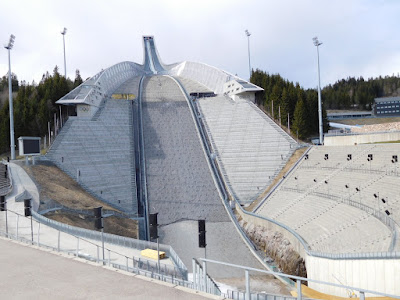 The Ski Jump at Holmenkollen

The next place we visited was a park called Frogner Park, which was also known as Vigelandsparken, a park conceptualized and actualized by artist Gustav Vigeland. It is the biggest park in Oslo, and it is special because it was made to promote and perpetuate the value of family in Norway. According to Luka, it had been nominated several times to be included in the UN World Heritage List, but Norway had always declined the honor. 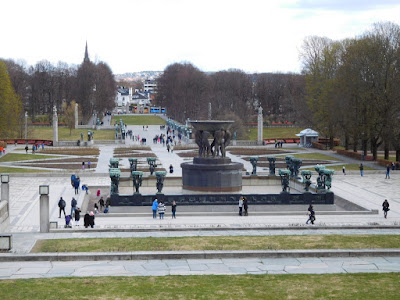 The Sprawling Grounds of Frogner Park

The most striking sculpture in the park is the towering (46 ft) Monolith of solid granite upon which was carved 121 distinct human figures. The original design was by Vigeland in 1927, but took three masons 14 years to complete. The plateau upon which the monolith was built contained 36 other statues all representing the theme of family relationships. 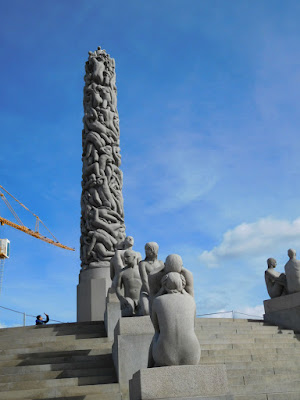 An impressive ring-like Wheel of Life sculpture was located at the northern end of the park. There was also a bridge connecting the main gate with the fountain area which had 58 more sculptures along its sides.  Two of the more memorable statues along the bridge is that of a Father with four babies, and the most popular one -- Angry Child. The vast expanse of this park and the fascinating statues make it a must-visit destination in Oslo. 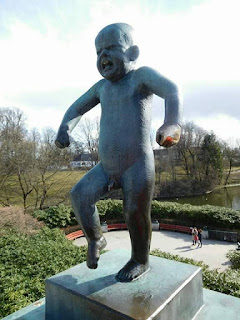 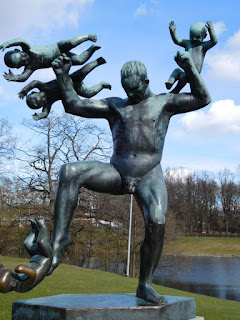 Only after all these activities were we able to go and check into our hotel, the Scandic St. Olavsplass. Finally we get to lie down and freshen up after our long grueling trip, but not for long though. After an hour, we had to get to get up and walk to our dinner place, which was the Brasserie 45, for some chicken pasta. After that, we were given time to walk around the nearby streets before heading back to the hotel to call it a day. 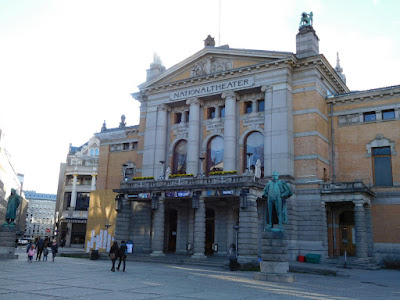 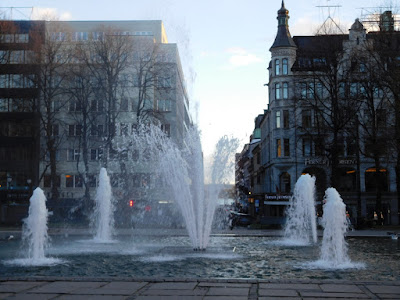 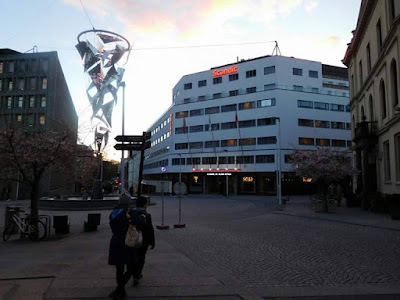 Going back to the hotel about 9 pm